Started working on a Fantasy army, initially will be for Dragon Rampant, but MAY expand into a Oathmark army.
You can call it a Dragon Rampant Army if it don't have a Dragon, so... 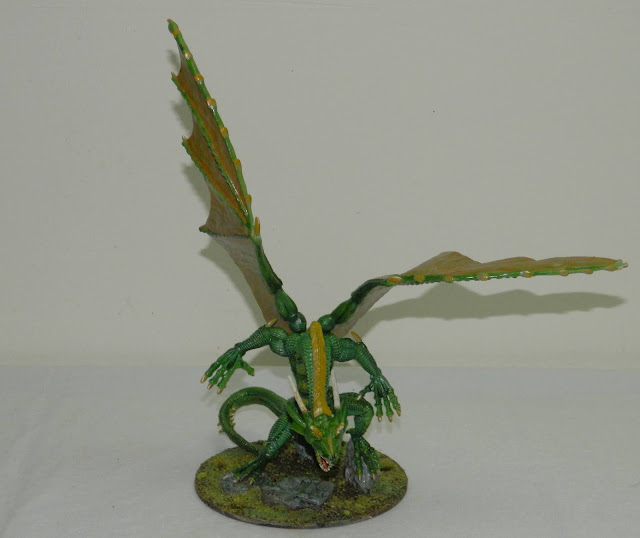 Serving it are several boxes of Fireforge Northmen. 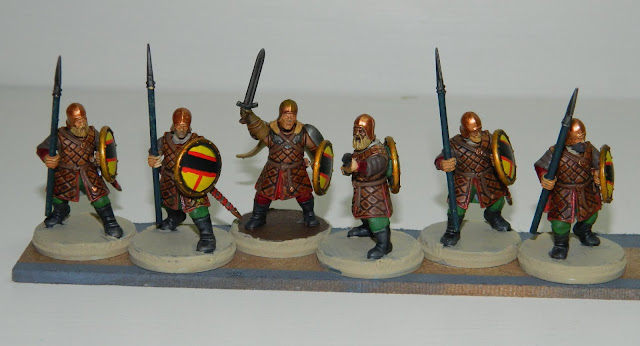 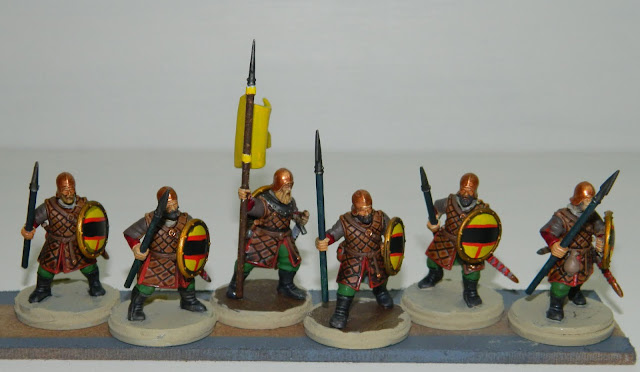 A pair of  pairs of  Wild West Exodus K9 Dogs. ( A buddy of mine subscribes to Wargames Illustrated and his issue came with a pair of these minis, the Magazine arrived with cover torn so they sent him a complete replacement that also had another sprue of these minis, as he has no interest in Steampunk he though he was dumping them on to me). 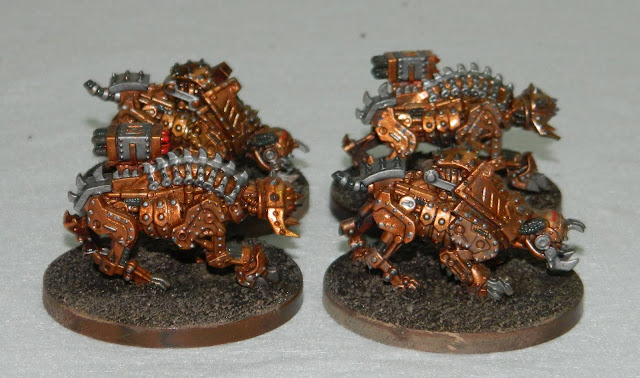 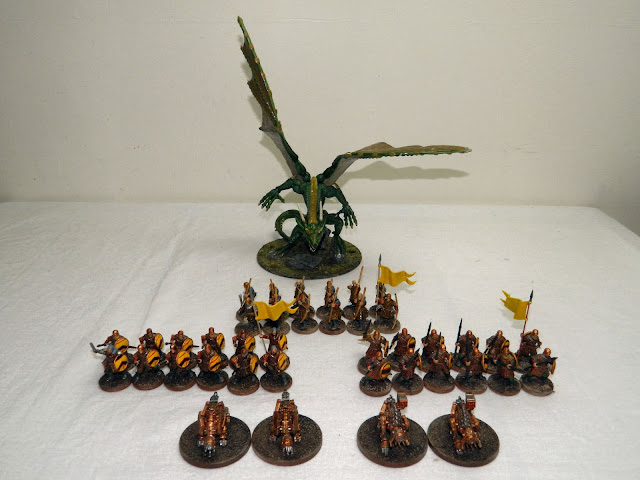 In the works in a 6 figure unit of Fireforge Northmen Cavalry (Heavy cavalry) and a 12 man unit of Conquest games  Normans with Dane axes (Bellicose foot)
Posted by Hazdrubal at 08:30